Country diary: Not even a digger could rid our garden of hedge bindweed | Environment 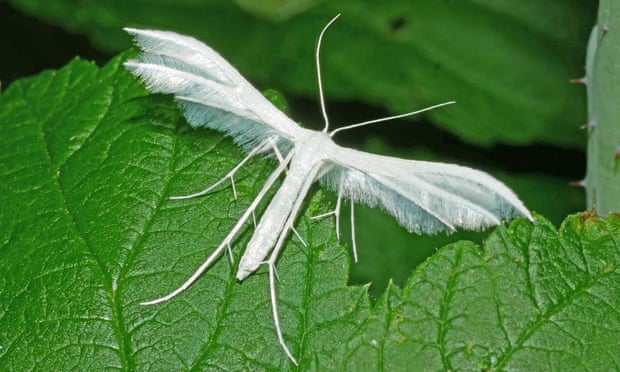 Botanists know it as hedge bindweed, Calystegia sepium. My grandmother, who struggled to restrict its incursions into her flower borders, called it the devil’s guts. I may have inherited it from her, embedded in the root ball of a day lily that I took from her garden as a memento.

Hedge bindweed regenerates from the smallest root fragments. I’ve dug out yards of its brittle underground stems, which resemble white worms and exude milky latex when broken. William Withering, the 18th-century physician who discovered the medicinal properties of foxglove and was always on the lookout for other therapeutic native plants, advocated these as an alternative to scammony, a violent purgative extracted from roots of a related Middle Eastern species, and used to expel tapeworms. His patients must surely have wondered whether he had let loose the devil in their own guts.

The tips of bindweed’s stealthy climbing shoots circumnutate as they elongate, executing a complete, ever-widening rotation every couple of hours, until they touch a support and coil anticlockwise around it. This year, it has twined its way through our blackcurrant bushes, unnoticed until its beautiful white, conical flowers bloomed. At which point another of its descriptive aliases, granny’s nightdress, came to mind.

It has acquired more than 50 local, colloquial names – a sure reflection of its ubiquity. Some of those names articulate gardeners’ loathing: hellweed, strangleweed. Others, relating to its flowers, are more romantic: lady’s shimmy (chemise) and fairy trumpet. Short of hiring a mechanical digger, it’s unlikely that I’ll ever be rid of this rampant climber. It’s a plant that might test the tolerance of even the most enthusiastic gardener.

But it​ does have its charms. Bumblebees often shelter in those white trumpets during rain showers. And recently, while picking bindweed-infested blackcurrants, I found a healthy population of white plume moths, whose caterpillars feed on its foliage.

These ghostly, otherworldly moths have reinterpreted the rules of what a moth can be. Their wings resemble tiny egret feathers, their legs are like stilts, with long spurs. By day, they shelter among the bindweed leaves. Most evenings, at dusk when I close the curtains, they’ve settled on our lit windows, peering in like creatures from another planet.