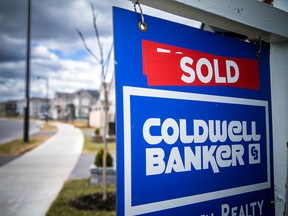 Reviews and recommendations are unbiased and products are independently selected. Postmedia may earn an affiliate commission from purchases made through links on this page.

Canada’s new anti-flipping rules for residential real estate are scheduled to come into force on Jan. 1, 2023, and are designed to “reduce speculative demand in the market place and help to cool excessive price growth.”

The new tax law will disallow the use of the principal residence exemption to shelter the capital gain realized on the sale of your home if you’ve owned it for less than 12 months, allowing for certain exceptions such as death, disability, separation and work relocation. Instead, the gain will be 100 per cent taxable as business income.

Sign up to receive the daily top stories from the Financial Post, a division of Postmedia Network Inc.

Thanks for signing up!

A welcome email is on its way. If you don’t see it, please check your junk folder.

The next issue of Financial Post Top Stories will soon be in your inbox.

We encountered an issue signing you up. Please try again

But the Canada Revenue Agency isn’t waiting around for this new legislation to come into force. It’s currently challenging perceived real estate “flips” through the court system, with mixed results, depending on the facts of the case.

The most recent example involved a Toronto homeowner who went to Tax Court to challenge the CRA’s denial of her principal residence claim.

The taxpayer was reassessed by the CRA for her 2011, 2015 and 2016 taxation years in connection with the sale of four properties she owned at various times during that period. But it was the 2011 sale of her Toronto property that was most contentious, because the CRA assessed the taxpayer beyond the normal three-year reassessment period and imposed a gross negligence penalty for that year.

In court, the taxpayer explained she experienced “tumultuous relations” with her now ex-husband from 2010 through 2014. She said this resulted in an off-again/on-again cohabitation, culminating in a final separation and divorce in 2015. The taxpayer testified that during 2010 and 2011, she was frequently at the house in question “as a refuge from the acrimonious and abusive relationship with her now ex-husband.” She argued this house was her principal residence, so it should have been exempt from capital gains tax when she sold it in 2011.

The CRA disagreed, maintaining the property was acquired and disposed of as “an adventure in the nature of trade” and so its sale should be classified as 100 per cent taxable business income. It argued the taxpayer never changed her primary address, employer T4 address or other mailing addresses to this property, so its position was that she “flipped” the property after completely reconstructing it, in a relatively short period of time, for a large profit.

The Tax Court was ultimately tasked with deciding four basic questions with respect to the 2011 disposition of the home.

Should the sale be properly classified as an adventure in the nature of trade and, therefore, taxable as business income or as capital property, thereby affording it capital gains treatment? If it was capital property, was it the taxpayer’s principal residence, thus allowing the gain to be tax free? Was there sufficient misrepresentation on the taxpayer’s 2011 tax return (that is, the non-reporting of the property’s sale) to even allow the CRA to reopen the 2011 tax year, which would have otherwise been statute-barred and beyond the normal three-year reassessment period? And, finally, was the taxpayer grossly negligent in filing her 2011 tax return and thus subject to a gross negligence penalty?

After analyzing the facts and circumstances of the case, the judge concluded the taxpayer “hardly fits the factual mould of usual ‘flippers’ of real properties.” She was a teacher, not a real estate agent, and she had other circumstances that explained the “less-than-measured tenure of ownership,” namely her abusive, on-again/off-again marriage that she was trying to leave physically and legally.

“This was not a late-breaking story,” the judge noted. “It figured prominently in the file during CRA’s audit and file notes and it explained away her literal ‘comings’ and ‘goings.’”

Ultimately, the judge found that the nature of the property, length of ownership, the taxpayer’s limited frequency of real estate endeavours up to that point, work expended, motive and, most importantly, circumstances dictating the property’s sale all led to the conclusion that the property was acquired as a capital property, rather than to flip it.

Once the judge determined the home was capital property, the next question was whether it could be considered her principal residence at the time, and thus exempt from tax upon sale. The judge noted the property was never occupied with any regularity and there were “no identifiable changes of address, permanent hallmarks or other domestic expenses and touches, beyond mandatory utilities.”

The judge, in ruling the gain was taxable because it was not her principal residence, concluded that “while she may retrospectively believe (the property) to have been her permanent domicile, her present belief cannot assuage the (CRA’s) assumptions without some additional evidence.”

The judge then turned to the question as to whether there was a misrepresentation on her 2011 return owing to “neglect, carelessness or wilful default” in not reporting the sale of the home. The judge found the taxpayer lacked any “details and material to show reasonably that she may have been correct” in her filing position, so the CRA was within its right to reopen and reassess the 2011 tax year, even beyond the normal reassessment period.

Finally, the judge turned to the issue of gross negligence, and concluded the taxpayer should not be held to be grossly negligent in adopting her filing position that the home was her principal residence so she believed the gain need not be reported on her 2011 return.

He cancelled the gross negligence penalties, noting “(the taxpayer), while educated, is clearly unfamiliar with the ways of business and tax. Her belief she could navigate the tax laws because it related to personally held real property was ill-founded. However, based on all the facts, it was not tantamount to a deliberate act, refined to indifference of compliance with the law.”

If you liked this story, sign up for more in the FP Investor newsletter.

How Real Estate Investor in Chicago Scaled up and Built Wealth