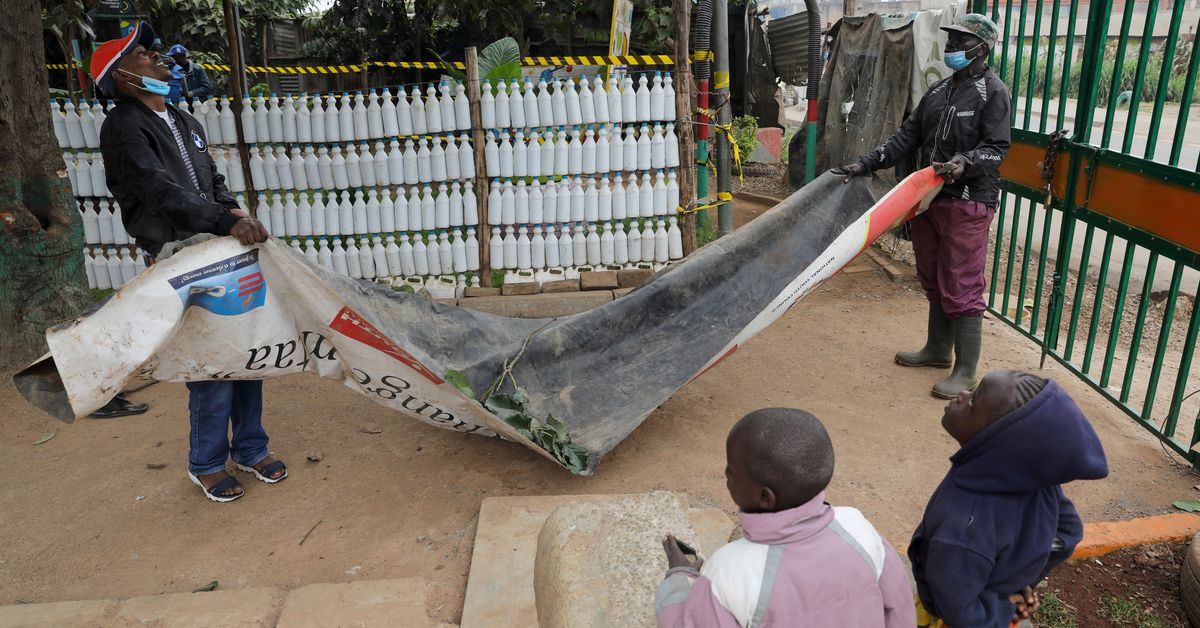 NAIROBI, Aug 27 (Reuters) – A decade ago, a patch of land in Nairobi’s Dandora district was a dumping ground for the trash of the city’s wealthier residents with scarcely a plant to be seen.

Now, children play on the grass and locals relax among avocado trees as birds sing in the branches above. The lush community garden has even become the backdrop for rappers and other creatives to shoot their videos.

This transformation is thanks to Charles Gachanga, 45, who grew up in the neighbourhood back when it reeked of garbage.

“We came and cleaned … We did not even have a penny,” said Gachanga, who started working in 2013 on the garden space, called Mustard Seed, with three friends.

“We just had that focus, we had that passion to see how we could transform our neighbourhood.”

Their project has inspired a network of similar community-built green spaces, 20 alone in Dandora, he said. Maintenance costs are covered by community contributions and donations from foreign foundations such as the Awesome Foundation.

“It makes us feel like nature is still alive,” said Javan Ofula, a poet who lives in Dandora and uses the gardens.

For other creatives, like producer James Macharia, the space is good for business as well as the soul. “I have so many clients that want to shoot with me more because I have access to this place,” said Macharia, who has made 50 music videos there.

As well as enjoying the fruit of the avocado harvest, some children have begun taking birdwatching classes as birds flock to the returned greenery, said Evans Otieno, Gachanga’s deputy.

Otieno gave up a life of crime after his friends were killed by a justice-seeking mob. He hopes his path working in the gardens will help inspire other young people.

“The next generation … is growing in a positive way; knowing that people deserve to live in a clean and green area.”

(This story refiles to change headline)