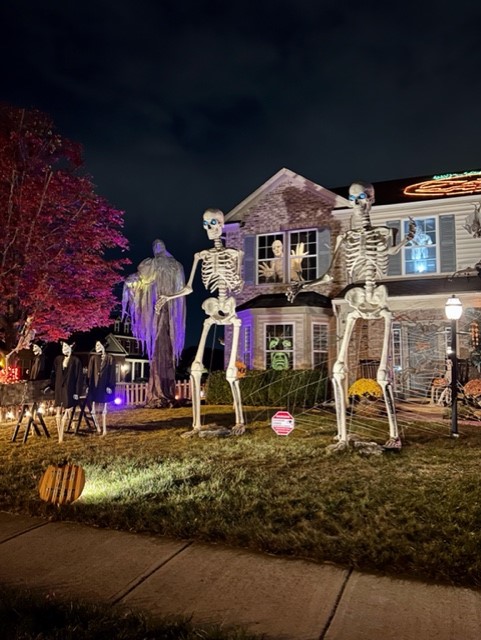 It’s spooky how popular Halloween decorating is in Indiana!

We received a ghoulishly glowing response when we asked for Indy’s Best Halloween display.

After more than 3,000 votes, the home on Choctaw Ridge Way was picked as the winner!

Homeowners TJ and Vicky Richards take great pride in decorating their house on the southeast side of Indianapolis.

They say their over-the-top decorations started 16 years ago with a spider web.

“It’s grown from there ever since,” TJ explained.

The couple says it usually takes them about “two weekends” to put all of the decorations up as long as the weather cooperates. They say Halloween is their favorite, but there’s one decoration that Vicky says sometimes gives her a scare.

“The Jason in the window is the one that kind of gets me in the morning,” she admitted. “That’s our bedroom window.”

The Richards say the decorations have become a family affair with their kids getting in on the fun and even being some of the “masterminds” behind the scares.

“We do it for the kids and for the neighbors.”

A minimalist house full of color that re-writes decor rules