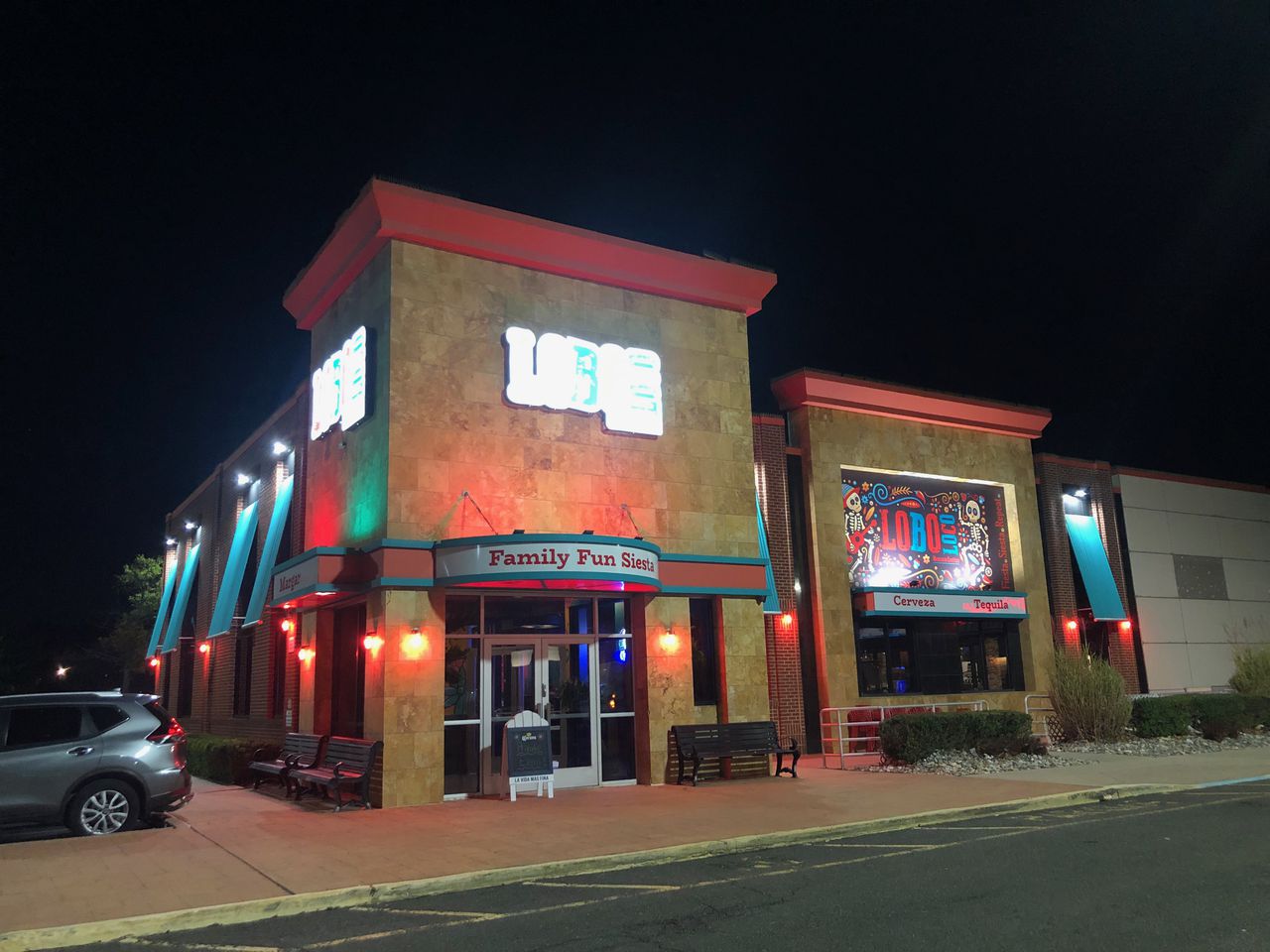 STATEN ISLAND, N.Y. — With minty mojitos and flank steak served Mexican-style, friends and family of the Lobo Loco staff and ownership celebrated their kitchen’s first run for a crowd. The 300-seat cantina-concept by the Abitino Group is officially open in New Springville at 280 Marsh Avenue. It is located at the Staten Island Mall’s Crossings.

Lobo Loco comes to The Crossings in the space formerly occupied by TGI Friday’s, closed in the summer of 2019. Some of the current digs are reminiscent of its prior iteration.

Furniture and the bar are the same although chairs have been refurbished and painted red. Artisan workers sanded down the bar and painted it black. Alternating glass windows separating the bar from a dining area have been covered to make opaque panels.

One notable Friday’s holdover is the illuminated “kitchen” sign which has been repainted and enhanced with LED lights.

The new “crazy wolf” project is over three years in the works, said Mario Abitino. Plans for the business were dropped early in the pandemic but Mall reps revisited the matter with the Abitino family and they came to terms with a lease on the 8,700 square-foot space.

Hours will be 11:30 a.m. to 11 p.m. daily except Friday and Saturday when the kitchen and bar serve until 2 a.m. Entertainment is in the works. Dawn Michaels will sing on Thanksgiving Eve. She will return on Dec. 8 for karaoke. Drag queen Luscious Lola will perform on Saturday, Dec. 9 with a time to be announced.

Hours of Lobo Loco will be 11:30 a.m. to 11 p.m. Friday and Saturday the restaurant is open until 2 a.m. It features two areas that can be cordoned off for private parties.

This will be the second Lobo Loco concept for the borough with the inaugural spot The Boulevard complex of New Dorp at 2656 Hylan Blvd. The flagship location is at 8530 Third Ave., Bay Ridge.

The Abitino’s also own O’Sfizio at 4651 Hylan Blvd., Annadale; Osfizio.com. The South Shore eatery takes its name from the word “craving” or “whim” in Italian.

Lobo Loco can be found at 280 Marsh Ave., New Springville; 718-494-6000, Lobolocony.com at the Mall’s “Crossings,” a collection of sit-down eateries that includes Outback Steakhouse and Angelina’s Kitchen.

Pamela Silvestri is Advance Food Editor. She can be reached at silvestri@siadvance.com.

Transitional-style kitchens and experts on to style one

Can rugs and curtains help you save energy this winter? | Society